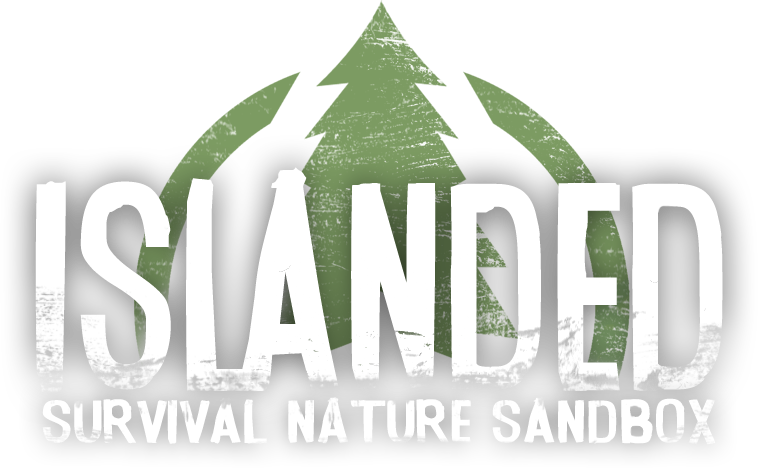 Islanded is a Survival Nature Sandbox game, based in the interaction with the nature to survive.
Use animals to explore, find food and fight while searching for resources
to build in a huge open world with total freedom.

Interact with the nature

In an hostile environment nature and animals can be your enemy or your only ally.
Get abilities to control animals in the world to fly, run or swim. Explore unknown terrain without risk.

Travel across the Islands to find the best place to establish your settlement.
Build in different locations and transport resources with basic engineering.
Because nature is not always the answer. 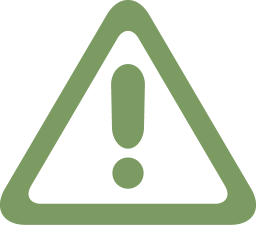 Islanded is under active development
Some of the following features are only planned and not yet 100% introduced in the game.

Huge Persistent World: Explore and modify permanently a massive world including 3 unique Islands in a playable space of 225km2.

Permanent Interact: Any tree or resource is not infinite. Modify permanently the world to obtain valuable resources, that at the same time shortens your survival.

Innovative Survival: Stay in the real world. Learn to interact with your surroundings and adapt your life style to real hazards.

Dynamic Weather System: Fight against random storms or cold nights. Weather and temperature vary and affect your health and capabilities.

Animal Interact: Use your time spend in the island to upgrade your abilities that affect directly in the communication and abilities of every animal you can control.

Single Player, Coop and Multiplayer: Survive alone, with friends or end in a fight for the island with other players.

Islanded still in development and some of this features are not implemented. If you have another question, send an email !

Where I can report / find bugs or issues with the game?

You can check the Known bugs & issues page in the forums, or the comments in Desura and IndieDB

Will Islanded contains zombies, mythical creatures or any other kind of monsters?

No. This is one of the features. The game is based in reality for this reason, to avoid the massive influx of zombie/monsters games.

Which are the system requirements for Islanded?

For now, requirements are just speculated. This will change as the development continue.

How many features are already in the game?

Islanded is in "Early Access". This means that a lot of features are not in the game. You can follow the actual development and new features in Desura or IndideDB. Direct links in the footer.

How big is the world and how you can interact with it?

The world has 225km2 distributed in 3 islands. You can travel between them by sea, and your spawn will be randomized between the 3 islands. All the resources are limited, and get them impact permanently the terrain.

How much Islanded will cost? When will be full released?

The game is right now available worldwide at Desura. Islanded will be FREE during Alpha, Beta and posterior development versions. A full release (and updates) of Islanded can be pre-ordered in the main page with discount of full price. There you can see all the advantages against the normal release.

Is Islanded a F2P game or have micro-transactions?

As said before, Islanded will be a low price game, and will never contain micro-transactions. During Alpha and Beta states, the game is totally free (not be confused with F2P).

How death and respawn work? I lose all my work if I die?

Ideally, the realistic way is that you lose all your work when dying, but the game is not that "realistic". Islanded doesn't have auto-saving, so the game can only be saved in safe places as your base. if you die, your progress will be lost until the las time you saved. It won't work the same in cooperative and multiplayer.

How big is the Create system?

Right now the create system is small and contains few objects. Besides that, the code behind the whole system makes possible infinite items and recipes to create. Add new items is easy and fast.

How the health, temperature, and other factors affects to the player?

Any change in the weather affects your health and capabilities. This means that high temperatures will increase dehydration, stay wet will increase the changes to get sick an lose health and stamina, etc. Any weather change affects the player by the same proportion.

How Multiplayer, Coop and servers will work?

It's confirmed that Islanded will have Multiplayer and cooperative, but there isn't more information about this subject for now.

Will Islanded come to Steam / Other stores?

Yes, but not now. The game can only enter by Greenlight, and the actual status of the game is not the appropriate for Steam. Is definitely a 100% option to consider, but not during Beta.

Islanded is made with Unity, and is not a very friendly-mod supporter without pre-made tools. You can create mods, but I will not create a mod tool for Islanded, until stable versions.

Get information about Islanded and new updates.

Islanded is free during Alpha & Beta. This decision was made to compensate players for spending their time in an unfinished game.
Play the game, use the forums, get support and help the development with feedback without any cost until release.

After release will still be developed and updated with new content until the community can create their own content for the game.

If you like the game and want to help to the development you can purchase Islanded at 31% discount of the full price when released. This will not only give you access to the game after release, it will also award your support with bonus content.

There are two version to choose: Islanded Pre-order & Islanded Supporter. All the rewards are down below.

If you purchased the Full Release version and want to upgrade to Supporter version, use the next package.
Only available for limited time. More info in the purchase page.

*Steam Game Key Islanded is not actually on Steam, and it won't be on Steam during "Early Access" (Alpha and Beta). When the game reach a release build, will be posted on Greenlight to be approved. Greenlight help indie games to be posted without publisher directly on Steam. This means that Islanded will be on Steam in a stable version as soon Greenlight accept the game.

*Multiplayer AccessWhen ready, access to the multiplayer options only available in full release and supporter packages.
(Multiplayer is expected to be released at Beta state).

*Design a tool/buildWith supporter package you have the possibility to design a tool or a build object for the game. This means that you can draw, model or directly express your idea to be in the game. Your design has to be connected with the game style and need to pass a profanity filter. Copyright content is totally forbidden.

*Name in the CreditsYour name or nickname will appear in the in-game credits as Alpha or Beta Supporter (Depends on the current build at time of purchase), as well in the website.

One man indie studio, founded in 2014
and based in Barcelona, Spain.

Help Islanded development with your opinions, ideas and improvements.

Do you want to share screenshots, videos or other stuff? Use the forums!

Remember to check the FAQ before sending any question.

IMPORTANT: Your email is needed to deliver the keys.
Is very important to write your email down below before checkout.

Other options are more expensive because of taxes and management.

If you don't have a Engyne Creations Forum account, create one here.

The Full Release price is $9,00. Paypal automatically makes currency changes depending on the country.

With the full release, you will receive a Desura game key, a Steam game key (Cross-platform), access to multiplayer and a Backer forum badge.

IMPORTANT: Your email is needed to deliver the keys.
Is very important to write your email down below before checkout.

Other options are more expensive because of taxes and management.

If you don't have a Engyne Creations Forum account, create one here.

The Islanded Supporter price is $20,00. Paypal automatically makes currency changes depending on the country.

With the supporter pack, you will receive a Desura game key, a Steam game key (Cross-platform), access to multiplayer and a Supporter forum badge. Also, you will be able to download the full soundtrack, design your tool / build to appear in the game and get your name in the credits and the website.

UPGRADE FROM FULL TO SUPPORTER

ONLY AVAILABLE TO OWNERS OF A FULL RELEASE PACK

PayPal & Humble Bundle purchases can be upgraded to Islanded Supporter.
Rewards are managed by the Forums, therefore you will not recive any new keys or pages.

IMPORTANT: Is very important to write your email down below before checkout.
We need the email of your Humble Bundle account, or the email used to purchase the Full Release with PayPal. Requires a user in the Forums. Contact if you need more information.

The Upgrade price is $12,00 ($20 - $9 + taxes). Paypal automatically makes currency changes depending on the country.

With the upgrade pack, you will be able to download the full soundtrack, design your tool / build to appear in the game and get your name in the credits and the website. All full release rewards will remain, except by the forum badge that will be changed form Backer to Supporter.

This builds are beta tester versions. To download following updates, check your game update notifier, in the main menu.
Islanded is currently avaliable only through islandedgame.com and Humble Bundle. Other sites are not supported.

Thank you for your support!

Soon you will receive an email with all the information of your package.
Your forum status will be updated within 24 hours.

Keep in mind that the process of your order is manual.

Your order and payment has been canceled. You will not be charged.

If something has gone wrong, or think that this is an error, contact us.